Caring for chronic and disabling diseases

In the late 1950s, Pierre Fabre was a pharmacist and drew many lessons from that experience. Listening to his patients’ needs, he noticed that many of them suffered from venous insufficiency, more precisely from a functional disorder called “restless legs,” and that none of the available solutions provided them with any relief.

From his pharmacy, inside his laboratory and in association with academics from the Toulouse Pharmacy Faculty, Pierre Fabre conducted the research which would result in his first prescription drug.

Eureka! In 1959 he satisfied the needs of patients suffering from heavy legs with a plant-based prescription drug. This was an immediate success, and is still borne out today.

As a pharmacist and botanist, Pierre Fabre found inspiration in nature. His prescription drug was created by extracting the key ingredients contained in butcher’s broom root.

How to relieve the discomfort of heavy legs

After many long hours spent on your feet, your legs sometimes feel heavy and swollen. "Heavy legs" is a real condition and not to be taken lightly. Dr. Fabienne Cabanac is here to tell you all about it and has several suggestions to help you combat this discomfort.

Working in the field of urology for 40 years, Pierre Fabre continues to innovatep>

In the 1970s, benign prostatic hyperplasia already affected 75% of men over 60 years of age in France.

In view of this, Pierre Fabre encouraged his pharmaceutical research team to look into this disorder. They would then try to develop a prescription drug to relieve the moderate functional problems associated with prostate adenoma.

In 1981, after several attempts, the research team based in Castres developed a new process. The clinical trials carried out in partnership with the main French urology centers, including Val de Grâce Hospital, Saint-Charles de Montpellier Hospital and Besançon University Hospital, concluded that the prescription drug was effective in the treatment of Benign Prostatic Hyperplasia (BPH) .

Marketing Authorization (MA) was obtained in 1982.

Since the early 1980s, Pierre Fabre's pharmaceutical business has been a key player in the treatment of Benign Prostatic Hyperplasia (BPH).

Pierre Fabre Médicament’s plant-based drug is still one of the company’s flagship products. The prevalence of benign prostatic hypertrophy (BPH) increases with age—50% of men over the age of 50 present with at least one symptom of BPH. .

In 2016, the Pierre Fabre Group extended its expertise in urology, more specifically in urinary incontinence, by promoting a prescription drug developed by the American laboratory Pfizer, in France and in 18 other countries

In addition to this partnership, Pierre Fabre has, since 2018, aimed to improve quality of life for patients with urinary incontinence by developing innovative tools and services such as Uronaute.

of the extraction solvent used in manufacturing is recycled

The team offers Pierre Fabre the chance to develop a plant-based urology drug made using an active ingredient extracted from the fruit of small palm tree that grows in Florida. 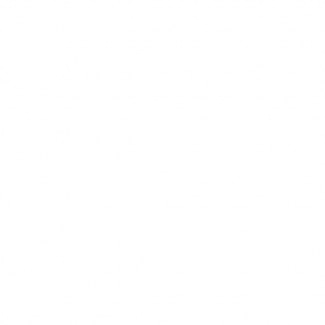 In 2050, 50% of the world population will be affected by at least one allergic disease, according to the World Health Organization (WHO), and Chronic Bronchitis (COPD) will be the 3rd highest cause of mortality in 2030.

These public health problems drove the Pierre Fabre Group to promote prescription drugs for asthma patients and for patients with chronic bronchitis (COPD).

Since 1991, the Pierre Fabre Group has endeavored to offer therapeutic solutions which meet the requirements of patients suffering from respiratory disorders (asthma and COPD)

The fight against type 2 diabetes

According to the WHO, 1 adult in 11 suffers from diabetes around the world. Diabetes is a major public health problem that is experiencing an ever-growing number of cases. Until recently, this form of diabetes was only seen in adults, but it is now also being found in children.

• We entered the battle against type 2 diabetes in 2008 by signing our first co-marketing agreement with MSD to market an anti-diabetes drug in France.

• This was followed by the signing of a second agreement in 2009 that allowed us to provide patients with a fixed combination of two drugs.

of adults with diabetes are undiagnosed

Pierre Fabre has partnered with a variety of institutions and patients’ associations to offer support to patients along their treatment pathway. As part of this, we have attended the French Society for the Study of Diabetes (SFD) conference every year since 2008, and support the French Federation of Diabetics (FFD) during Diabetes Prevention Week in June.

In 1993, the Pierre Fabre Group made an ironclad commitment and became the first pharmaceutical manufacturer to market a drug specially indicated for iron deficiency anaemia.

Ever since, Pierre Fabre has topped the iron supplement market with more than 60% of the total market share.

Iron deficiency is the leading cause of anaemia in western Europe and the rest of the world, affecting more than 1.5 billion people. Pregnant women are particularly vulnerable, especially towards the end of their pregnancy. That is because their iron requirements increase considerably due to the growing foetus and placenta, as well as the significant rise in blood volume.

in the iron deficiency anaemia market in France

of women have an iron deficit

Iron deficiency can affect us all, and is a problem that needs to be taken seriously because this basic chemical element is essential for our bodies. An in-depth look at the roles of iron, the symptoms if we don’t have enough, and the treatments and preventative measures we can take.