Caring for chronic and disabling diseases

In the late 1950s, Pierre Fabre was a pharmacist and drew many lessons from that experience. Listening to his patients’ needs, he noticed that many of them suffered from venous insufficiency, more precisely from a functional disorder called “restless legs,” and that none of the available solutions provided them with any relief.

From his pharmacy, inside his laboratory and in association with academics from the Toulouse Pharmacy Faculty, Pierre Fabre conducted the research which would result in his first prescription drug.

Eureka! In 1959 he satisfied the needs of patients suffering from heavy legs with a plant-based prescription drug. This was an immediate success, and is still borne out today.

As a pharmacist and botanist, Pierre Fabre found inspiration in nature. His prescription drug was created by extracting the key ingredients contained in butcher’s broom root.

How to relieve the discomfort of heavy legs

After many long hours spent on your feet, your legs sometimes feel heavy and swollen. "Heavy legs" is a real condition and not to be taken lightly. Dr. Fabienne Cabanac is here to tell you all about it and has several suggestions to help you combat this discomfort.

Committed to urology since 1982, Pierre Fabre continues to innovate

In the 1970s, benign prostatic hyperplasia already affected 75% of men over 60 years of age in France.

In view of this, Pierre Fabre encouraged his pharmaceutical research team to look into this disorder. They would then try to develop a prescription drug to relieve the moderate functional problems associated with prostate adenoma.

In 1981, after several attempts, the research team based in Castres developed a new process. The clinical trials carried out in partnership with the main French urology centers, including Val de Grâce Hospital, Saint-Charles de Montpellier Hospital and Besançon University Hospital, concluded that the prescription drug was effective in the treatment of Benign Prostatic Hyperplasia (BPH) .

Marketing Authorization (MA) was obtained in 1982.

Since the early 1980s, Pierre Fabre's pharmaceutical business has been a key player in the treatment of Benign Prostatic Hyperplasia (BPH).

The prescription drug developed back then remains one of the signature products of Pierre Fabre Pharmaceuticals.

In 2016, the Pierre Fabre Group extended its expertise in urology, more specifically in urinary incontinence, by promoting a prescription drug developed by the American laboratory Pfizer, in France and in 18 other countries

n addition to this partnership, Pierre Fabre has, since 2018, aimed to improve quality of life for patients with urinary incontinence by developing innovative tools and services such as Uronaute.

R&D drew its inspiration from plants growing in the arid lands of the United States. The team suggested to Pierre Fabre that a urology prescription drug be developed from a key ingredient extracted from the fruit of a little palm tree that grows in Florida. A long way from Castres! 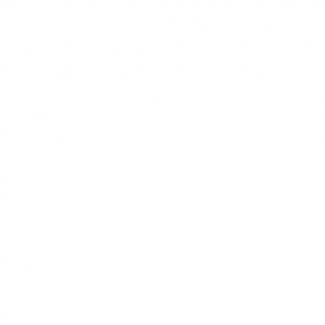 In 2050, 50% of the world population will be affected by at least one allergic disease, according to the World Health Organization (WHO), and Chronic Bronchitis (COPD) will be the 3rd highest cause of mortality in 2030.

These public health problems drove the Pierre Fabre Group to promote prescription drugs for asthma patients and for patients with chronic bronchitis (COPD).

Since 1991, the Pierre Fabre Group has endeavored to offer therapeutic solutions which meet the requirements of patients suffering from respiratory disorders (asthma and COPD)